Supporting Homes not Bombs with a Donation: Please Help Us As We Plan a Busy 2019! 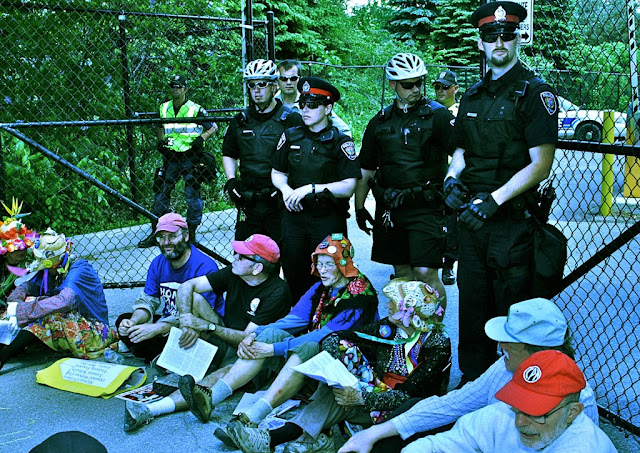 Dear Friends of Homes not Bombs,

I had the honour of being arrested and banned from Parliament Hill twice this year during a series of actions Homes not Bombs organized along with Indigenous land protectors and supporters. (You can watch some excellent footage of our May 7 direct action at https://www.youtube.com/watch?time_continue=219&v=7wIDbahpmY8)

When your nonviolent direct actions are so impossible for authorities to accept that they must take such actions, it's a good sign that we are on the right path.

That's the philosophy of Homes not Bombs: when intolerable policies are being created and carried out by governments and corporations, it is our duty to interfere with the harm that targets vulnerable and marginalized groups of people.

It's earned many of us lengthy arrest records, government surveillance, and the ire of Canada's state security agencies, one of whose directors singled us out for allegedly creating "folk heroes" out of individuals who were wrongfully detained.

BUILDING COMMUNITY
But more importantly, it has helped us build community with disparate groups of people fighting for their very lives: refugees resisting deportation to a grave fate; land and water protectors trying to stop the poisoning of their lands and destruction of their cultures; prisoners who are behind bars because of racial profiling and colonialism or because they chose to escape an abusive relationship; and individuals whose challenging cases few others will touch. 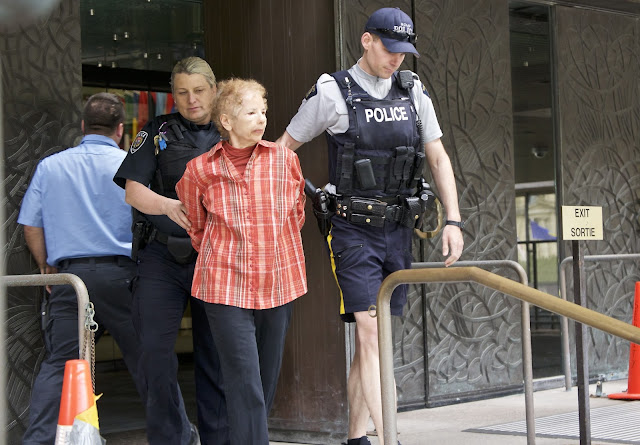 For over two decades, during times of great fear and anxiety, we have consistently engaged in nonviolent direct action campaigns that have exposed and transformed situations of great injustice, from secret trials and indefinite detention to bringing home and seeking justice for those tortured abroad with Canadian complicity.

With the work we do, we cannot offer charitable receipts. Yet the donations we receive go a long way towards helping us confront some of the most serious institutional forms of violence that exist in this country.

As I write this, Homes not Bombs is busily engaged in quite a few education and advocacy campaigns, from supporting Indigenous rights and promoting the bill to adopt and implement C-262 (UN Declaration on the Rights of Indigenous Peoples) to coordinating the Ontario Muskrat Solidarity Committee, which is working to try and prevent an act of cultural genocide against Inuit and Innu people downstream from the dangerous Muskrat Falls megaproject. With the dam slated to go online in 2019, the issue becomes ever more critical, and we intend to step up our activities in 2019.

WOMEN WHO CHOOSE TO LIVE
Our group Women Who Choose to Live works with those women who have been jailed for choosing to live in the context of male violence. We continue to support MM, an abuse survivor and single mother facing jail time for rescuing her kids from an abusive father, as well as other women facing jail at the hands of overseas abusers who are using the Extradition Act to reach across borders to continue punishing survivors who have escaped. 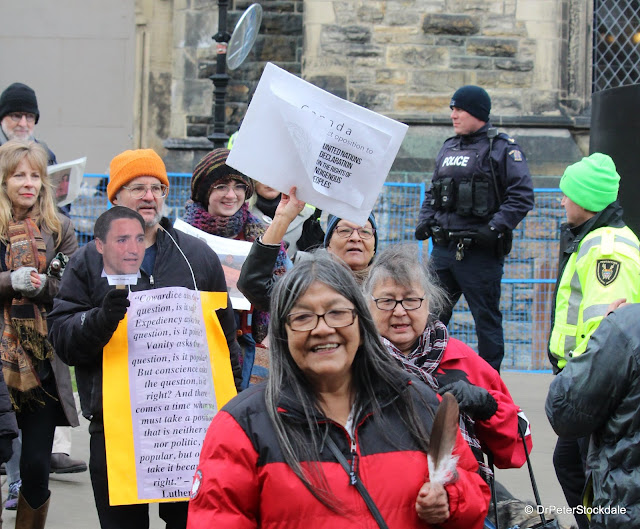 Our group Stop Canadian Involvement in Torture continues our work on ending secret trials and abolishing the dreaded security certificate procedure, as well as working to end deportation to torture and exposing the many ways in which the Trudeau government's changes to Harper-era legislation are simply window dressing that does not get at the substance and danger these laws pose.  In 2019, a primary focus of that work will be on stopping the deportation to torture of Ottawa refugee Mohamed Harkat.

Our Anne Frank Sanctuary Committee continues working with desperate refugees fighting deportation. This is a busy time of year when border officials step up deportations of families in order to meet the Trudeau government's deportation quotas. Such policies are cruel, taking advantage of asylum seekers who, for whatever reason – poor legal advice, racist bias, an incomplete form in a language that is not their first – are deemed "failed" refugee claimants. It is only through the provision of church sanctuary that we are able to buy the time necessary for a reconsideration of their cases (the great majority of which are eventually decided in their favour).

Our Prisoner Solidarity Project works to pair individuals behind bars with friends and supporters on the outside who can advocate with them, raise funds, and support anxious families.

As we go forward in 2019, we rely on your support to help with the costs of speaking tours, prisoner support, demonstration logistics, organization of nonviolence training workshops, and other costs that we accrue. We are a network of dedicated individuals who devote untold numbers of hours of thoughtful and determined work for justice, and even with our shoestring budget, we continue to have a major impact. 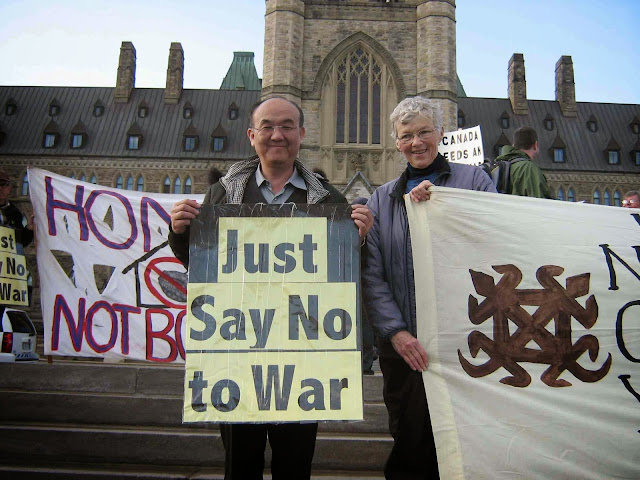 We sincerely hope you might be able to contribute whatever you can towards the ongoing costs of maintaining this vital work in 2019 and beyond.

You can help by sending an etransfer to tasc@web.ca or writing a cheque to Homes not Bombs at PO Box 2121, 57 Foster Street, Perth, ON K7H 1R0.

Thanks as always for your support, and together, we can face the future not with fear, but rather with hope in our hearts that the power of love and nonviolence will transform the systemic injustices that confront us on so many levels on a daily basis.

Matthew Behrens
Homes not Bombs
Posted by TASC at 4:26 PM

I have found that this site is very informative, interesting and very well written. keep up the nice high quality writing

This Blog is really very helpful, I really Appreciate the blog content it really very useful for everyone Crescent Homes is best Home Builders in Waterloo