The advocacy group Stop Canadian Involvement in Torture, which for over a decade has advocated alongside of three Canadians who were tortured with Canadian complicity in Syrian and Egyptian prisons – as well as on behalf of their families, who also suffered the fallout of being falsely labelled threats to national security – welcomes the long-sought settlement of a legal case against the government of Canada. The Canadian government issued a statement at 4:58 pm on Friday afternoon, March 17 (see https://www.canada.ca/content/canadasite/en/public-safety-canada/news/2017/03/statement_of_apologytomralmalkimrabou-elmaatimrnureddin.html)

In addition, the group is pleased to share the moving, gracious statement of Abdullah Almalki (pasted below) which was posted on his facebook page.

Abdullah Almalki is an Ottawa engineer who was detained, interrogated, and tortured for 22 months in Syria as a result of Canadian government actions. Prior to this overseas torture by proxy – in which Syrian torturers demanded answers from Almalki to questions provided to them by the RCMP via Canadian consular officials in Damascus – Mr. Almalki and his family were the subject of an intense campaign of harassment and surveillance by Canadian state security agencies, including CSIS and the RCMP.

Mr. Almalki, Ahmad Abou-Elmaati and Muayyed Nureddin – the latter two also subjected to Canadian torture-by-proxy in Syria and, in the case of Abou-Elmaati, in Egypt as well –  were found by two separate judicial inquiries (O'Connor, Iacobucci) to have been the wrongful targets of false and inflammatory accusations by agencies of the Canadian government. Those inquiries also illustrated how actions and "deficiencies" of the Canadian government led to their torture.

The three men were the subject of a majority Parliamentary motion in 2009 calling on the Government of Canada to apologize, provide compensation, correct misinformation that may exist in records administered by state security agencies in Canada or abroad, and to issue a ministerial direction against torture and the use of information obtained from torture.

A failure by successive Canadian governments to act led to a lawsuit that was finally settled this week, over a dozen years after the men returned home from overseas detention and torture.

"While we are pleased to see the resolution of these cases, we remain committed to ending ongoing Canadian involvement in torture, whether that is  deportation of refugees to situations where they face a substantial likelihood of torture, the Liberals continuing to operate under the Harper-era torture memos that allow Canadian state security agencies to trade information that comes from or could lead to torture, ongoing support for regimes that regularly commit torture against their citizens, and the refusal to repeal the 2015 Anti-terrorism Act (C51), whose troubling provisions open the door to further complicity in torture,"  says group spokesperson Matthew Behrens.

"Keep in mind that those Canadian officials who knowingly took actions that led to the torture in these cases have never been charged or demoted. In fact, many received promotions, continue to work in high-level government positions, or enjoy a retirement in which they now act as media 'consultants' on state security issues."

Stop Canadian Involvement in Torture has organized cross-Ontario Caravans in support of redress for the men and their families, as well as countless educational events focused on Canadian government complicity in the torture not only of these men, but in other cases as well. The group also thanks RAMZ Media for producing the very first film about their cases, Ghosts (preview at https://player.vimeo.com/video/101724396)

For further information, contact Matthew Behrens at tasc@web.ca or (613) 267-3998. Details on contacting Mr. Almalki are available at the end of his statement.

I am very pleased to see the long-awaited government apology.

My family and I are grateful  to finally have closure.

This is a victory for Canada and every Canadian who holds dear the Charter of Right and Freedoms, the rule of law, freedom, equality, and dignity. It is also a victory for those who abhor torture, arbitrary detention, bigotry and racism.

This long fought for result will hopefully give hope to everyone who has been wronged. Hopefully, it will also boost their resilience, strengthen their resolve, allow them to have more patience and persistence, and help them to keep on keeping on,  as a victory for justice is a victory for all of us.
I hope my struggle, and that of many others over the years for truth, justice and reforms, will not be wasted. I hope that we as a country learn from such injustices and work to better our country by strengthening our human rights laws rather than weakening them. We must strengthen laws and institutions to preserve our liberties and freedoms, rather than compromising them. We must also hold government officials and government agencies accountable by demanding powerful, effective, real-time oversight of their activities, especially when human rights can so easily be abused in the name of national security.

It is difficult to reconcile the injustice my family and I have endured over the last 15 years. However, we look forward to a better future, and as much of a normal, quiet, and productive life as we can possibly have under the circumstances.

Throughout  the last 15 years, I have seen a very ugly side of humanity, but I also have seen a very bright, hopeful, loving side of it. I would like to sincerely thank every person and organization in Canada and around the world who has supported my family and myself in many different ways over the years.

I would like to thank my family and friends for their unconditional and continuous support over the years. Your love and support is unquantifiable (to use an engineering term). 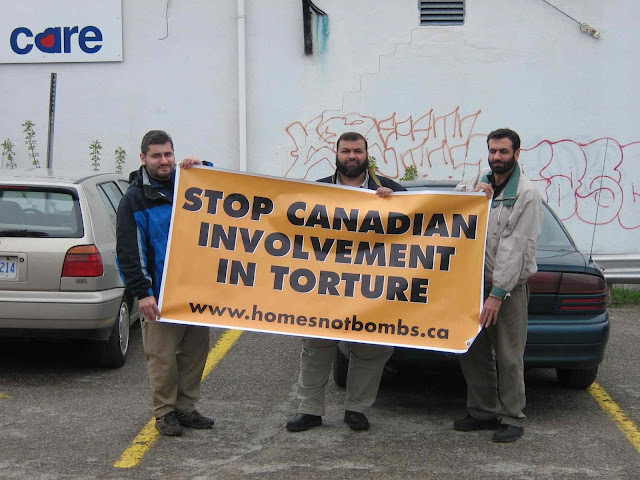