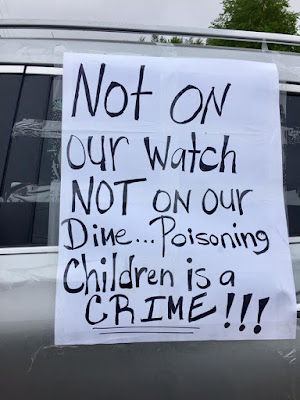 Background
The Trudeau government has invested a whopping $9.2 billion into the lethal Muskrat Falls megadam in Labrador, which threatens an act of cultural genocide via methylmercury poisoning and the subsequent destruction of Indigenous cultures that have existed since time immemorial.

An additional threat is catastrophic dam break. Mass casualty flash floods are a real possibility since a significant portion of the dam reservoir is slated to be held back by a natural formation known as the North Spur, composed of quick clay (sand that liquefies and moves under pressure). No proper, independent engineering study has been performed to confirm the stability of the North Spur.

Like any number of megaprojects, all Indigenous people affected have not provided free, prior and informed consent to be poisoned and drowned by this megadam. Non-Indigenous residents also face similar threats from a project that could eventually cost as much as $78 billion and bankrupt the province. 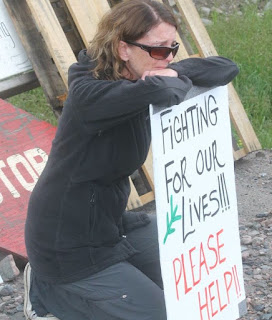 Why We’re Fasting
To continue raising awareness and building resistance to the dangerous Muskrat Falls project, we will fast for one or more days during the months between summer solstice and fall equinox in support of the Labrador Land Protectors and all those living at risk downstream of the Muskrat Falls megadam.

We fast because we recognize that if Muskrat Falls goes online without any changes, the largely Indigenous downstream population will be faced with either going hungry or eating a country food web dangerously poisoned by the neurotoxin methylmercury.

We fast because we recognize the hungering for justice of people who have never been properly consulted about a project that threatens their lives.

We fast because we recognize that all of us undertaking small sacrifices together can help awaken the sleeping conscience of a country that has yet to take seriously the calls to action of the Truth and Reconciliation Commission and the cornerstone principles of the United Nations Declaration on the Rights of Indigenous Peoples.
The fast will continue from June 21 to September 22 with three demands:

1.     Immediate implementation of the original recommendations from a major 2016 Harvard University study (seconded by an Independent Experts Advisory Committee) for full clearance of brush, trees, and topsoil, along with the capping of the wetlands, at the Muskrat Falls reservoir to prevent the bioaccumulation of the neurotoxin methylmercury.

2.     Immediate appointment of an independent inquiry into the instability of the North Spur, because no study has proven that it is secure enough to prevent a catastrophic dam break and mass drowning.

3.     The federal government, provincial government, and Nalcor (the crown corporation behind the dam) must halt all work on the dam until they have received the free, prior and informed consent of all Indigenous peoples affected by the dam, as well as that of non-Indigenous downstream residents.

How to participate in the Chain Fast
Pick a day (or a series of days) to fast throughout the summer season and email your name and town to tasc@web.ca) A list of open dates is at http://homesnotbombs.blogspot.com/2018/05/muskrat-falls-solidarity-chain-fast.html .

Fast according to your preferred tradition (a full 24 hours, liquids only, sun up to sun down).

On the day they fast we encourage you to:
a.     take a selfie with a simple message (ie, #ShutMuskratDown, Stop Poisoning of Labrador, Respect Indigenous Rights, etc) and share that image via social media, explaining why you are fasting on that day

c.     Write a letter to a local newspaper about why they are fasting, and perhaps link your fast to land and water protection struggles taking place in your territory.

d.     If you have the time, make a sign and vigil for an hour or two in public at a federal building or MP’s office to mark your fast and the reasons behind it (we can provide flyers to hand out).

Thanks for your support! 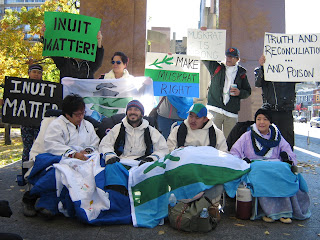