191 Laurier Ave. West (at Metcalfe, next to Library), Ottawa

(For those in the national capital region, please join us for the vigil....   Letters demanding a stop to deportations can be sent from anywhere—see below)

Two weeks after the release of inquest findings into the hanging death in CBSA custody of Mexican refugee Lucia Vega Jimenez (who justifiably feared a forced return to violence in Mexico), join us as we gather to honour the memory of Jimenez and other refugees who have lost their lives in this country while facing deportation or following forced removal from Canada. 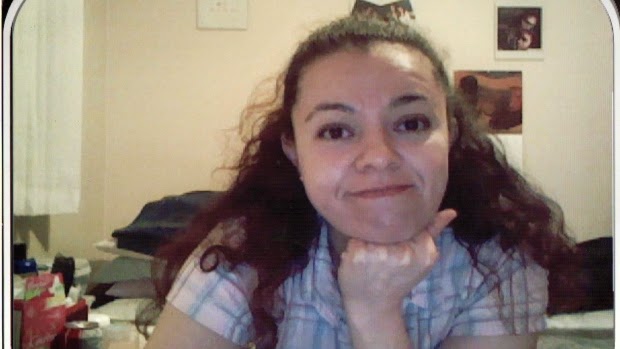 Lucia Vega Jimenez
Every year, the CBSA spends $100 million to jail and deport refugees in an inhumane assembly line of misery that not only regularly violates the law, but also serves no social purpose, ruins lives and tears apart families and communities, spreads fear, and forces many into situations of further violence, torture, and death. (More info at http://rabble.ca/columnists/2014/01/canadas-government-sponsored-law-breakers-push-border-out )

Included in countries to which CBSA seeks to deport individuals are Mexico (a country deemed "safe" by Canada despite the recent massacre of student protesters and an Amnesty International report finding a 600% increase in torture since 2003), Iran, Syria, and Egypt.

CBSA President Luc Portelance has spent most of his career in agencies that view refugees as security threats and criminals – the RCMP and spy agency CSIS. As BC Lawyer Phil Rankin (among many others) has repeatedly pointed out, refugees like Lucia Vega Jimenez "are not criminals, but what we’ve done is create a criminal model. In this case, it led to a death....If you keep doing business as usual, there will be more (deaths)."

Join us Thursday, October 23 at 12:30 pm in Ottawa to honour the memory of some of those whose lives were lost as a result of Canada's inhumane deportation system, and to demand an end to deportations. There is no rational explanation for why this country detains and forcibly deports human beings (83,635 people deported from January 2009 to June, 2014;  some 10,000, including children, annually detained).

Last year’s landmark Harvard University study,  Bordering on Failure: Canada-U.S. Border policy and the Politics of Refugee Exclusion, concluded: “Canada is systematically closing its borders to asylum seekers, and circumventing its refugee protection obligations under domestic and international law… Canada sets a poor example for other countries, and contributes to the deterioration of refugee protection around the world.”

Although he may feel insulated in his sixth floor office from the human rights concerns of refugees, Luc Portelance needs to hear from you. Let him know how you feel about the deportation process, and demand an end to this barbaric practice.

Organized by the Anne Frank Sanctuary Committee and Homes not Bombs, http://homesnotbombs.blogspot.ca, tasc@web.ca, 613-267-3998